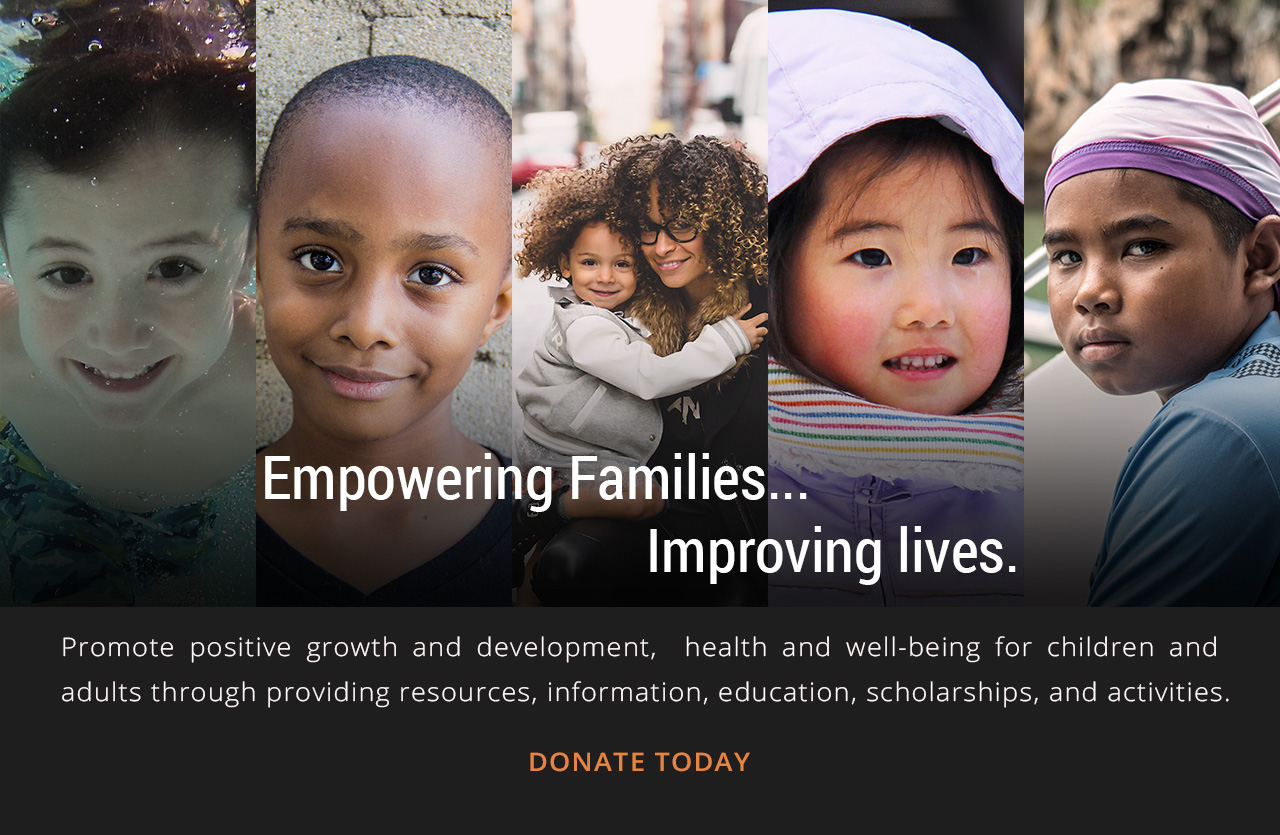 A holiday gathering for 200 underprivileged children and their parents to receive toys, food, clothing, and bicycles. There will always be a guest motivational speaker to provide strategies and tools for parents and children to “self-improve.”

The Help A
Child Ride

“Dare to Be Great”

Each year, the foundation provides the following initiatives:

Established in 2007 at Georgia Perimeter College, (now Georgia State University)-Perimeter College) in the memory of 3 wonderful mothers. The scholarship is administered by the college and can be applied for online Apply Now

The Howey Hudson Lowe Foundation – named after the maiden names of three late mothers –powered by a small group of volunteers who tackle homelessness, promote healthy lifestyles, engage others in civic responsibility and support education in their metro Atlanta communities. 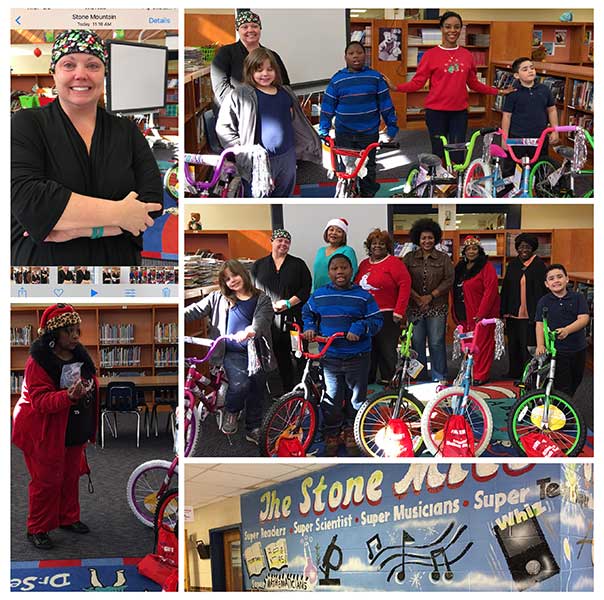 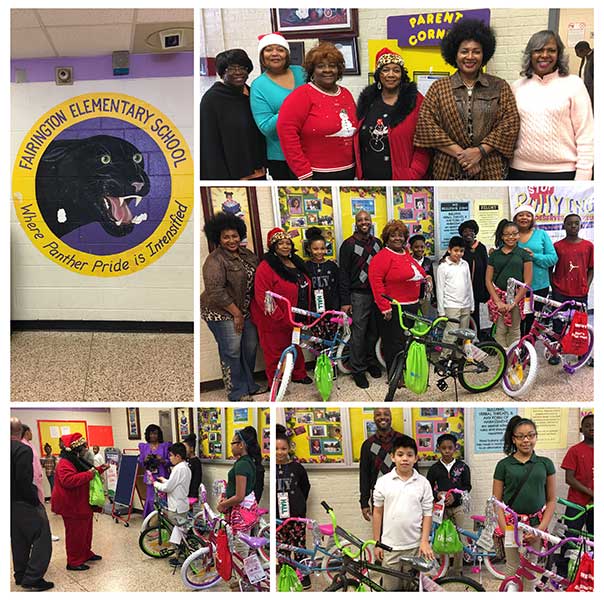 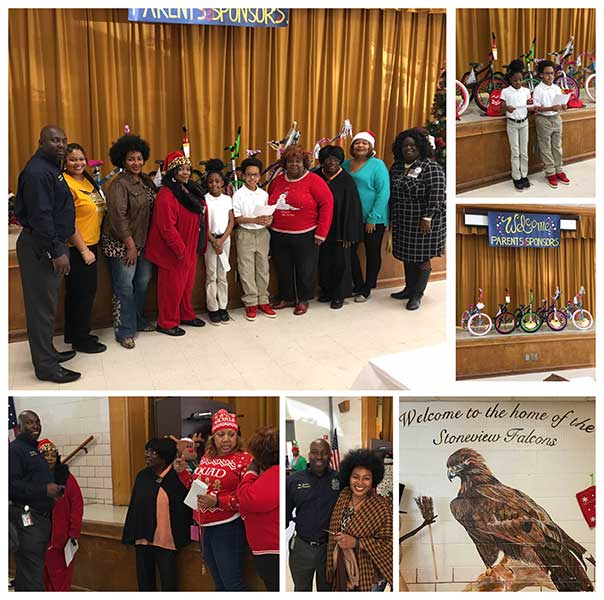 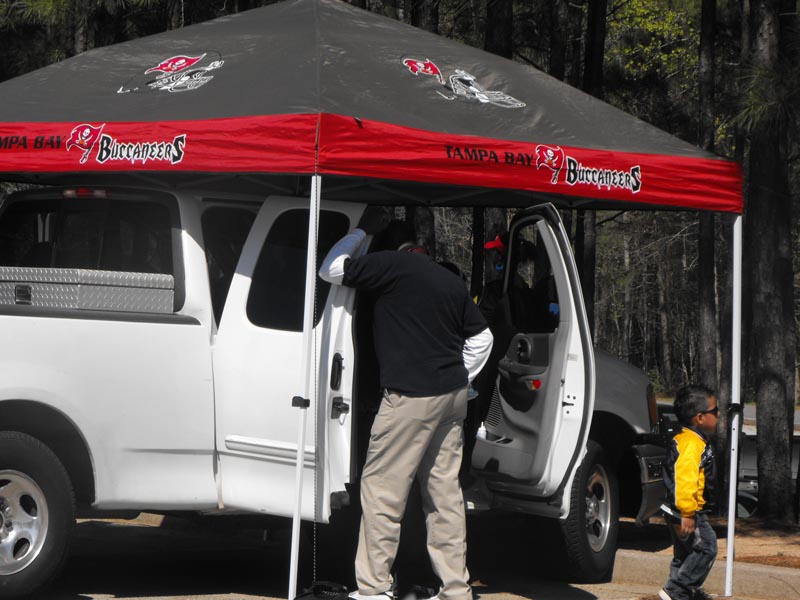 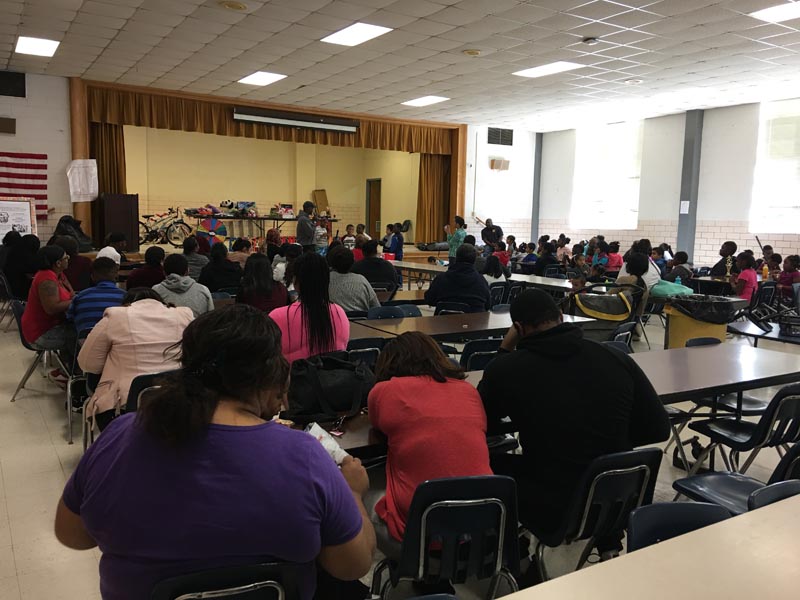 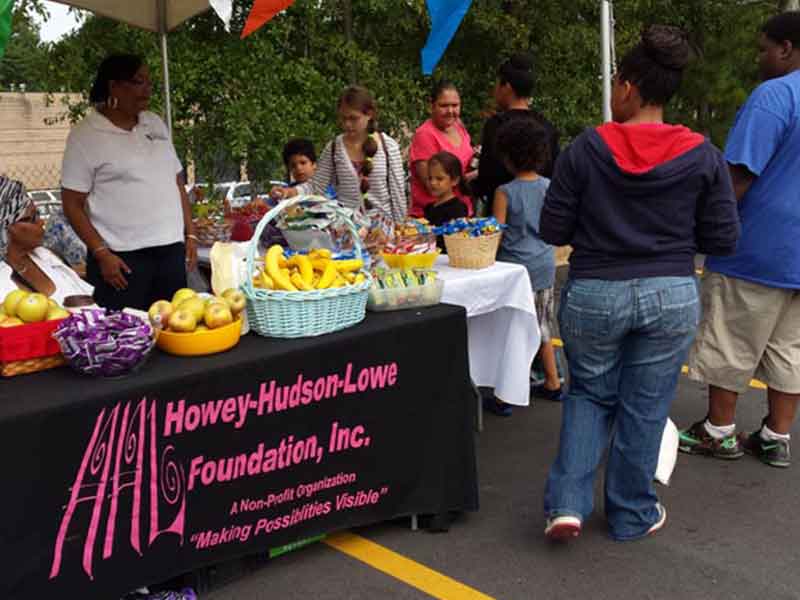 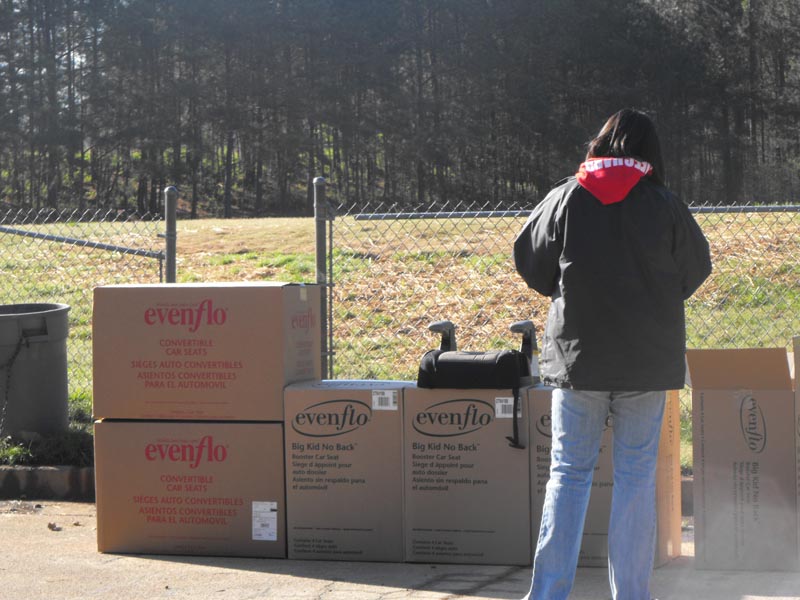 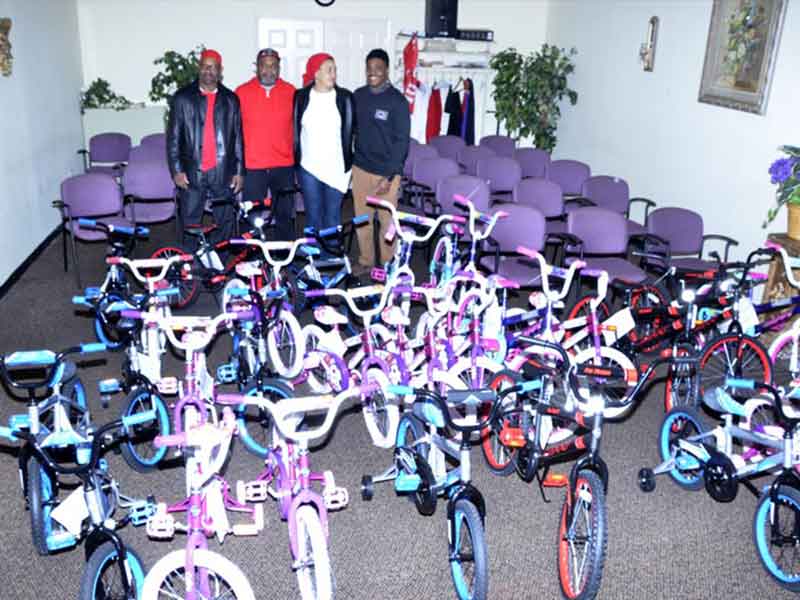 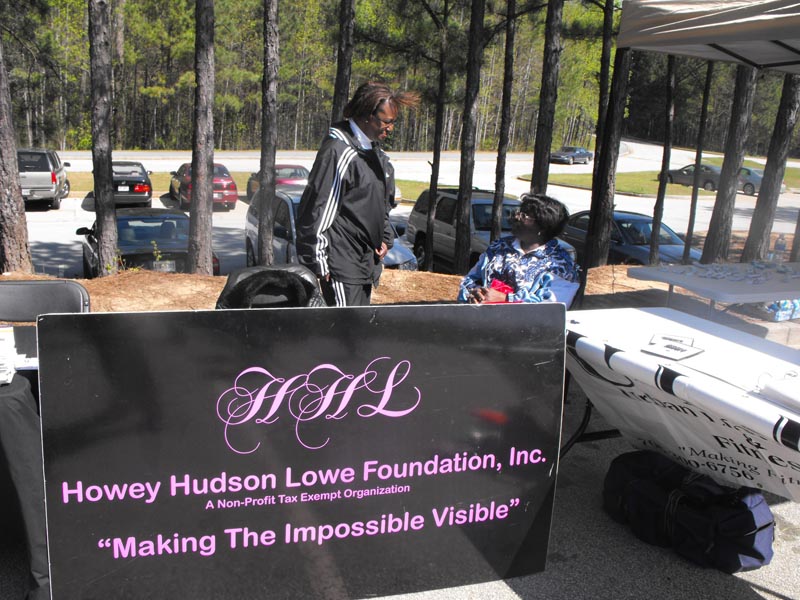 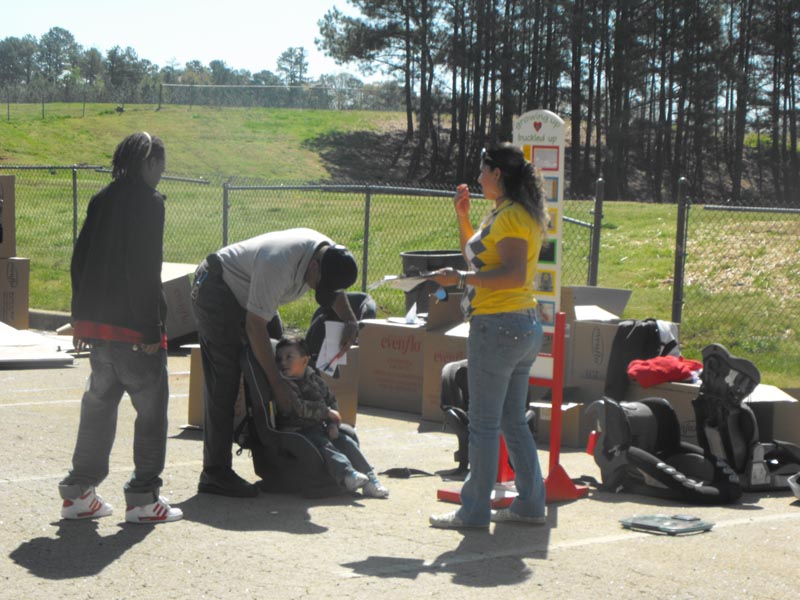 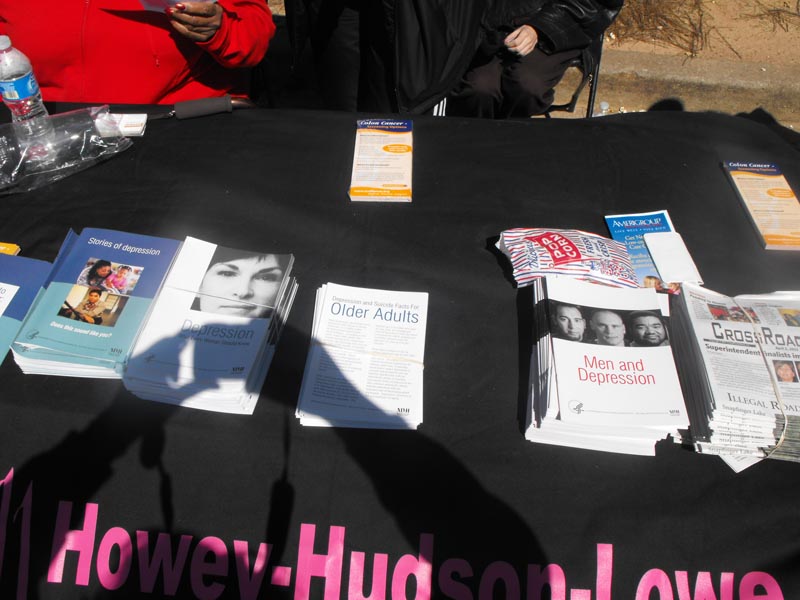 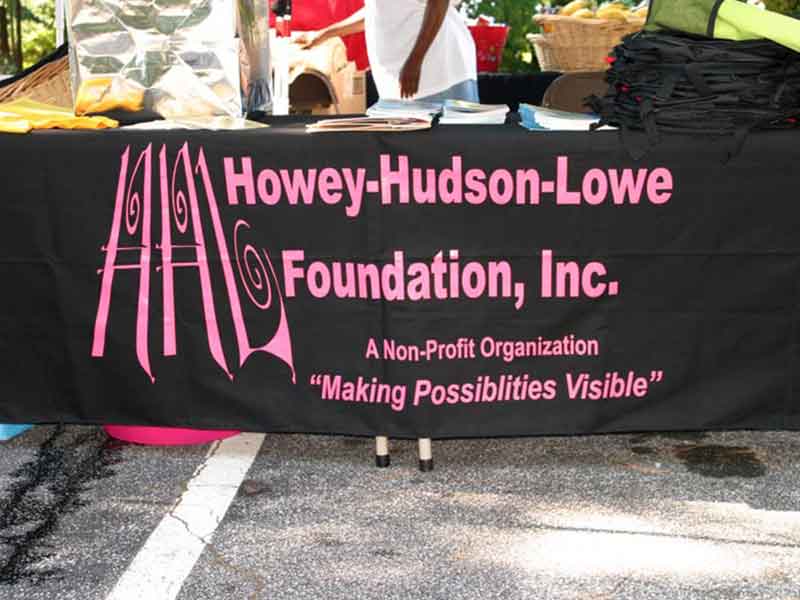 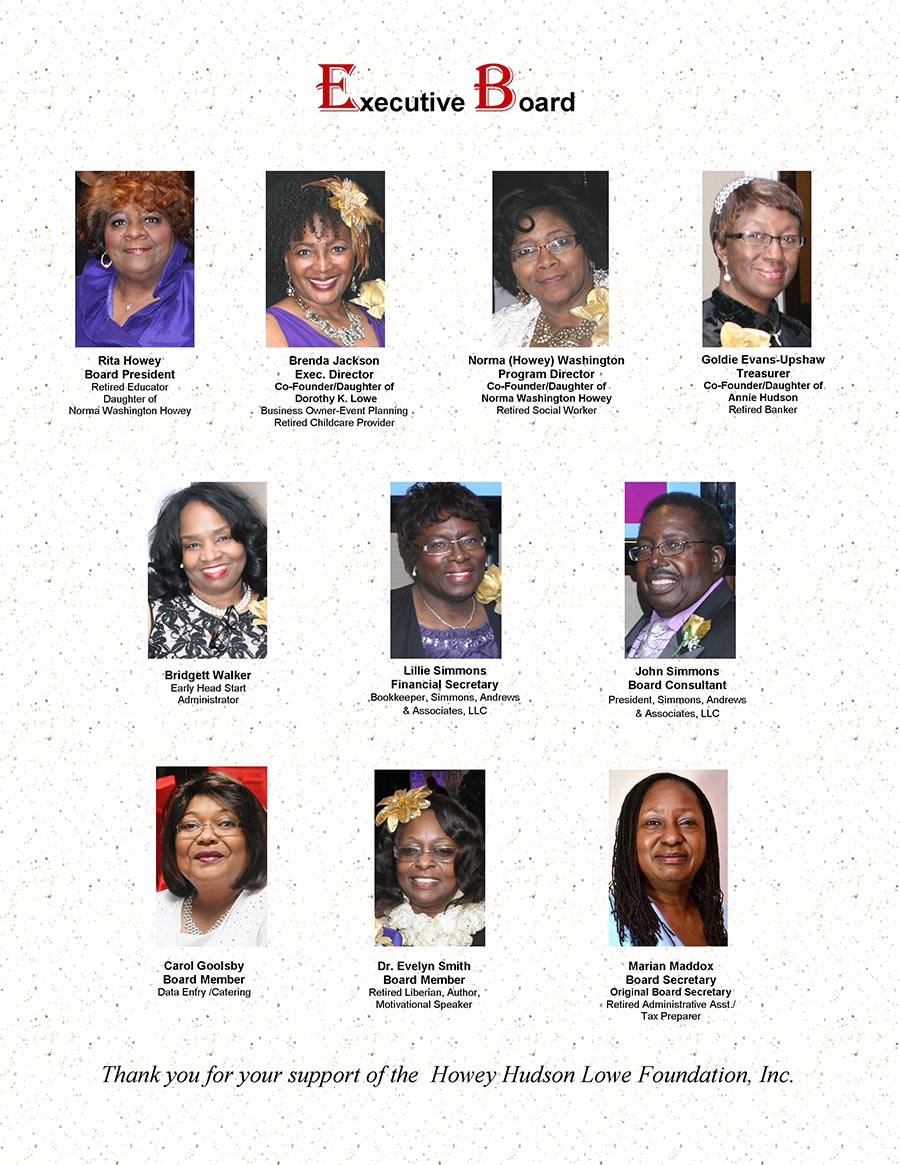 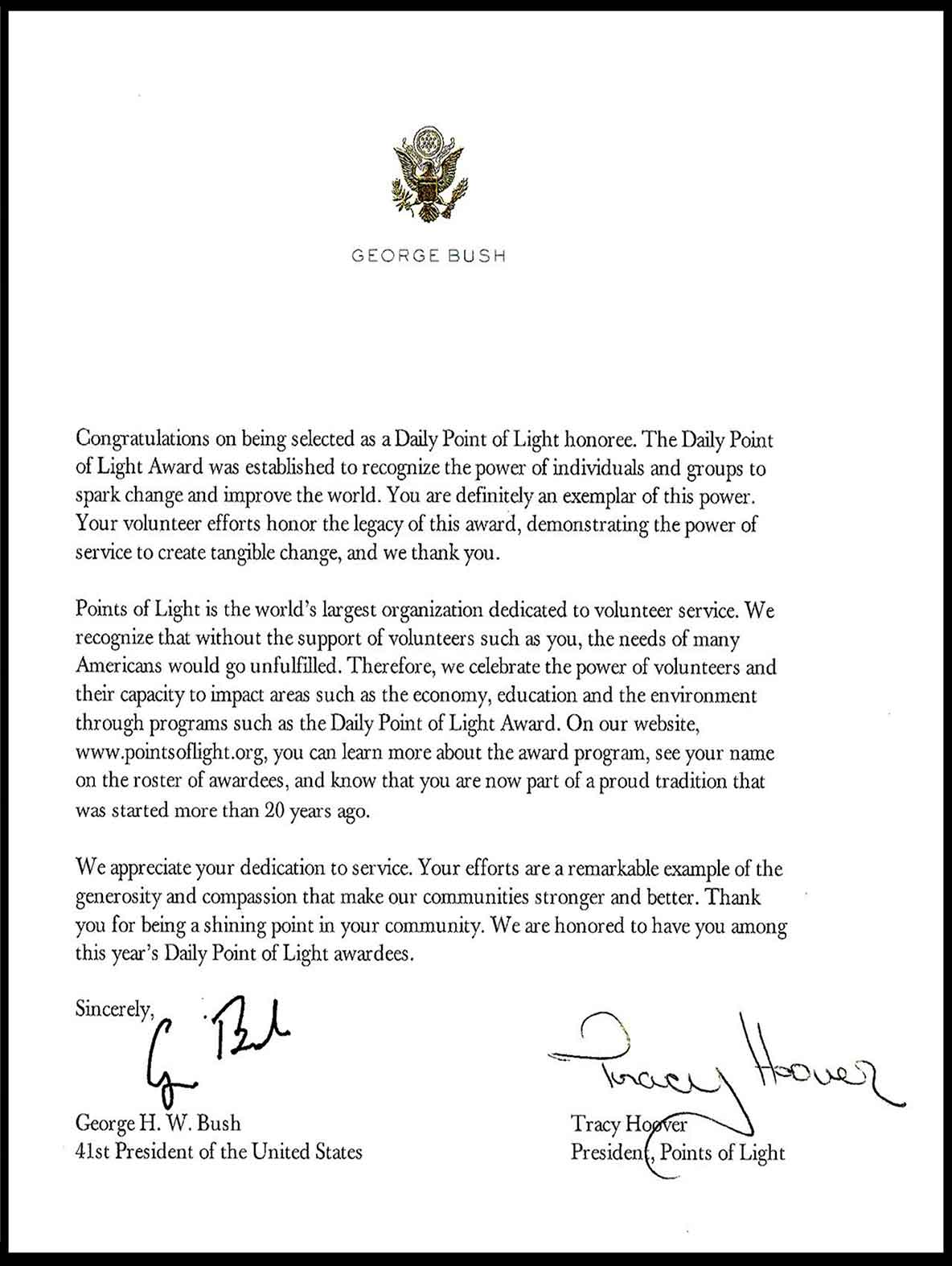 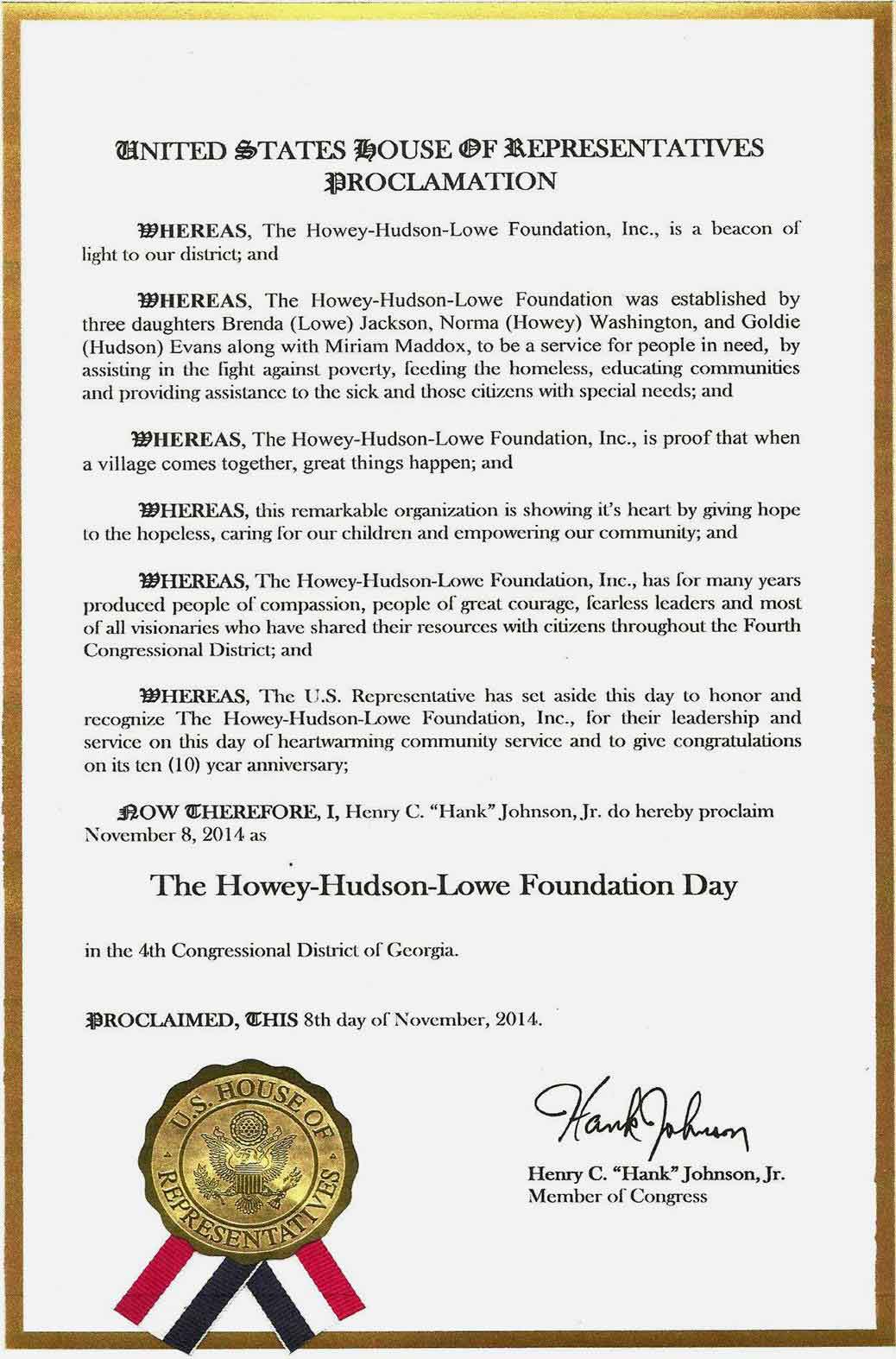 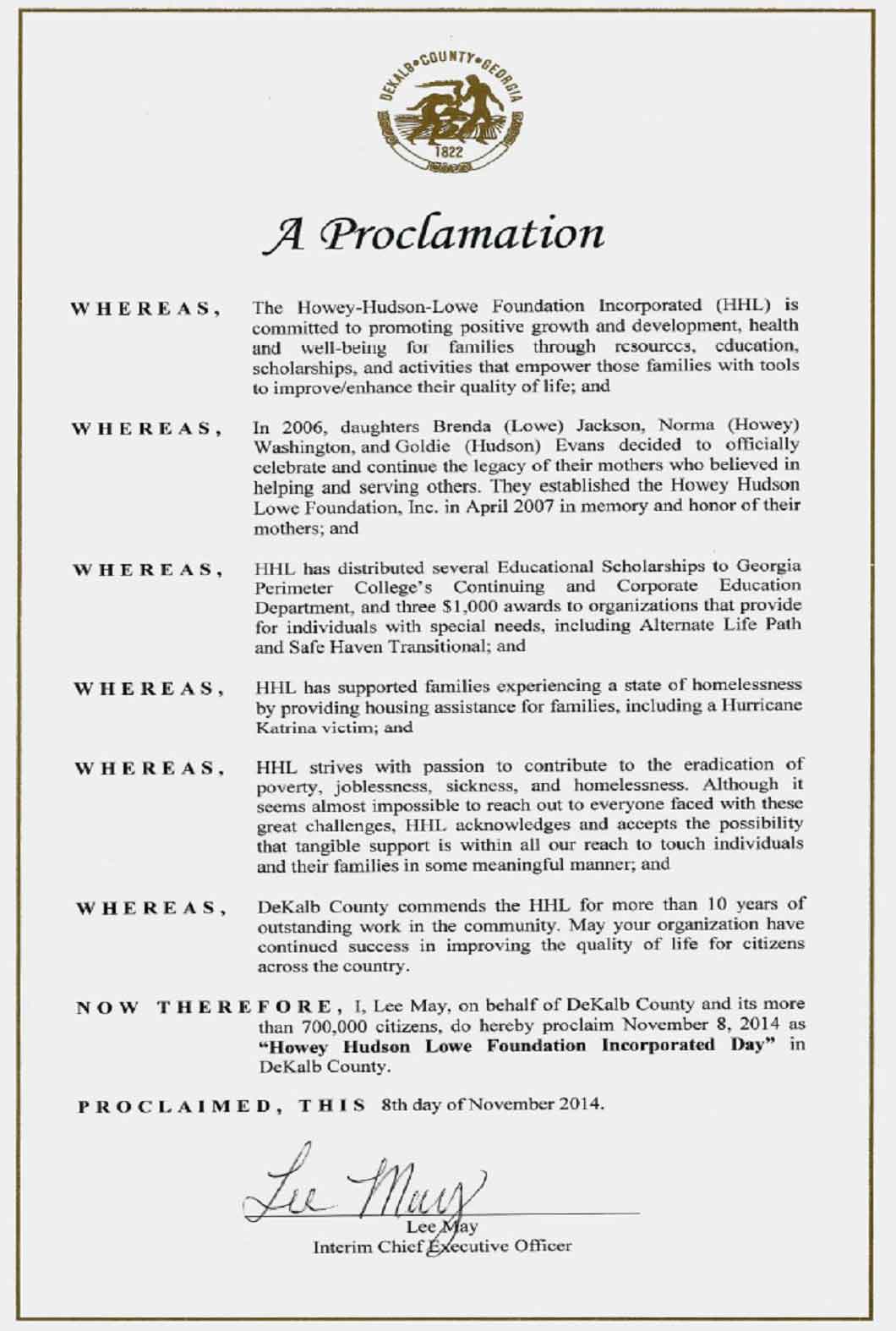 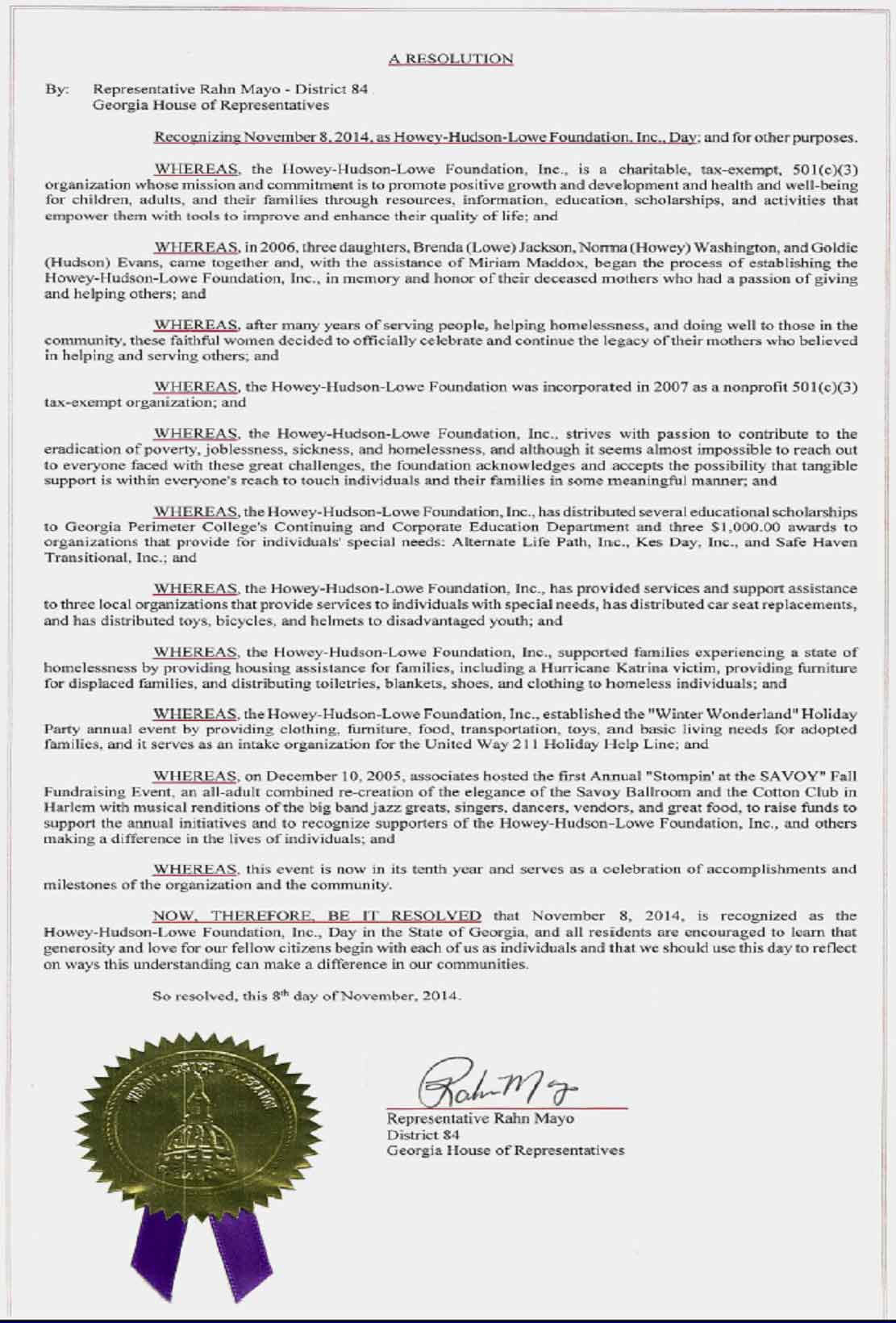 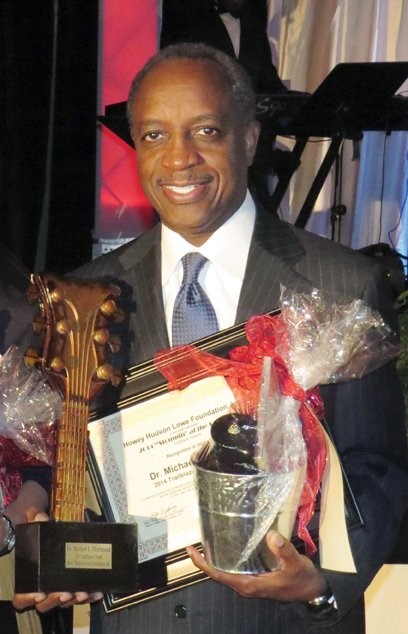 Thurmond received the Trailblazer Award from the Howey Hudson Lowe Foundation in 2014.

Dozens of DeKalb County families received special gifts this holiday season thanks to the work of a local non-profit organization.
On Dec. 16, the Howey Hudson Lowe Foundation held its annual Winter Wonderland for underprivileged children event at the DeKalb Achievement Center.

Co-founders of the foundation said the event has become a big success and grown over the years. One co-founder said the foundation helped give nearly 200 kids gifts this year.

Jackson said families from eight different schools in DeKalb County were able to participate in the annual event.

The Howey Hudson Lowe Foundation has held the Winter Wonderland since 2004, Jackson said.
“I’ve always been a community advocate for children and families. When people became aware of what we were doing, they knew that we would do the best we could do to provide what we could provide,” Jackson said. “The support has been great.”

The foundation provided toys for children with the help of non-profit, Toys for Tots program. Any gifts that Toys for Tots couldn’t provide came out of the pockets of the foundation, said co-founder and program director of the Howey Hudson Lowe Foundation Norma Washington.
Along with various toys for families, the organization also gave out nearly 30 bikes.

“We have to go in our pockets just to make sure we can provide for these children and that they have a good Christmas,” Washington said. “We also gave away two food baskets with a turkey and ham and we raffled off a honey baked ham and a sewing machine. This is just a community type of thing that we want to fill these kids with all the love we can muster.”

The foundation started out as three friends reflected on the teachings of their mothers, said Goldie Hudson Evans-Upshaw, the third co-founder of the organization.

All three co-founders said their mothers had a knack for helping others and from that belief, the foundation was formed.
Thirteen years later, the organization continues to grow. Each year, the foundation gives a college scholarship to a local student who demonstrates a commitment to volunteer service that benefits others in the community.

“We would not have been able to do this without the support of our volunteers. This is a success for us, most definitely,” Upshaw said. “We wish we could do more.”

Upshaw said she wants the organization to continue to grow and strive to do better each year.

“We reached a high level now, but we could always do more. That means starting in January we might double our load to see who can support us even more,” she said.

“That’s a 30-year friendship and we’re still here and we still support each other. It’s a friendship that’s been proven. Friendship is that we may disagree, but we come together and make things happen and the end result is always positive,” she said.

One deserving family is adopted for one year by the program. They must be committed to engaging in activities to help them improve their way of life that include, but not limited to, referrals, counseling, basic living needs, training, job coaching, and other available resources.